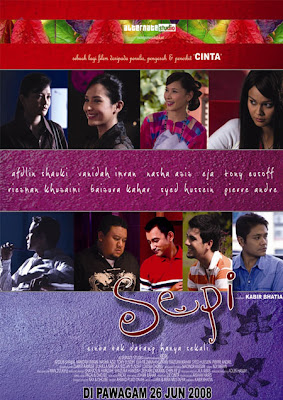 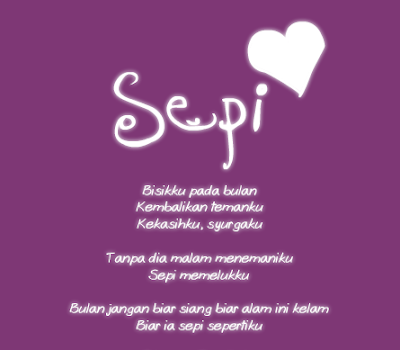 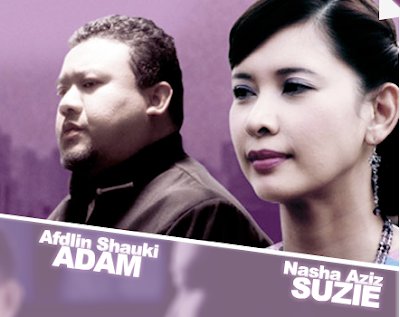 I am really excited about this thursday for it is the opening of Kabir Bahtia's movie SEPI. Honestly, i feel its been a while since we have had a malaysian cinema experience which takes us through the range of the human experience. I cannot be in KL right now as i am finishing my movie Los dan Faun and will not be back until sunday but i hope this movie is watched by all the family as it will make us appreciate the ones we love more. I know it is a tall claim but i believe this is really good malaysian film and everbody should go watch it. KUDOS to Media Prima and grand brilliance for taking the big risk of doing a dramatic film again.

What i feel about the movie busines......is that we are heading towards the right direction but we must be steadfast. We are starting to make better films but the problem is that we are in a catch 22. Because a lot of malaysians speak english, like it or not, we are competing with the giant hollywood machinery. the question is how the hell do we do that?

Besides having some great filmmakers, countries like thailand, korea, japan and Indonesia have a thriving film industry because the majority of their population are non english speaking and they rely on local content for entertainment. Even most big hollywood releases are dubbed into their language in order to make big money. When more people watch their local films, filmmakers get bigger budgets to make better quality films with bigger themes and cast, we don't get that because our people are divided by language and not everybody takes the bahasa malaysia as a bahasa kebangsaan seriously. We even have so many MALAYS who even proudly exclaim that "I don't watch malay movies!!!". True that is your preference, but that attitude is also like saying that nothing good can ever be done by my countrymen...so i will not give them the time of day.

So what happens when someone with limited funds, especially after the oil price hike, has to choose between The incredible hulk and Apa kata hati? or Sepi and Hancock?. What happens is, we lose everytime. why? because the mass mentality is why should i pay 10 bucks for a 1.5 million ringgit movie when i can watch a 120 million dollar film. For your information, a big hollywood film in malaysia can make up to 13 million ringgit, where a local film makes on average 2.5 million ringgit.

Can we compete? I believe we can, other asian countries have done it, but we have to find our thing. Our edge. our identity.

Our films need an identity, something that will make us standout for being us rather than a cheap immitation of a hollywood production. The industry really just kick started itself about a decade ago after a long hiatus and we are on the road to getting to that identity. A new consciousness a new conscience. To get something that will make a german watching a movie on a flight to dubai say to the filipino stewardess on qatar airways "do you have any malaysian films?"

As filmmakers and producers however, we cannot just make films for the sole reason of making money. we must make better films that has a conscience too. Something that is commercial, tells a good story and makes the viewer feels something about himself or his surrounding. It is our responsibility. Business people mostly don't believe in that, so the government needs to help through this trying time by acknowledging the arts as being as important as being any other professional and not a kerja main-main. Imagine life without art, without culture... i'm sad to say that our society is heading that way. Because we are all starting to subscribe to a new god ...MONEY.

I watch most of the malay films that come out and i admit, some of them are pretty bad... but to be fair, some of them are decent bordering on great. I make the effort because i care about the industry and the country, and in the off chance there is a gem in our midst. There are some interesting filmmakers coming through to the mainstream ranks from the indie scene and this i feel will make the industry stronger.

Hollywood has also proven to us over time that, big budget does not always translate to good movies. Even some of the big budgeted hollywoods film i have watched over the years, end up in the "what the f#*k?" category BUT because their marketing budget is humongus, and they understand emotional marketing and how to get under our mind and our skin, the news about their movie being released is imprinted into our minds. while our film get "dah keluar ke filem tu?" response.

Making a movie is only half the battle. many producers don't understand that, most producers don't have the funds to realize the other half. we still have a lot to learn but we must and will persevere to make malaysian movies great... for what we do is important. we need to learn more, we need to be more professional and we need to not compromise too much.

Think about it. give malaysian movies a chance....i believe there is something there for all of us. 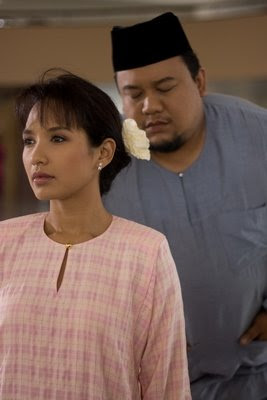 our lives is an occasion! let's rise to it.

power to the people
afdlin shauki